Doha College is one of the oldest, and the leading, British curriculum International schools in Doha, Qatar, based on examination results alone. It has 2,000 students – boys and girls aged 3-18 – and is a truly international community including over 75 nationalities.

“The extensive support BlueSky offers was key to embedding the system across the school. ” 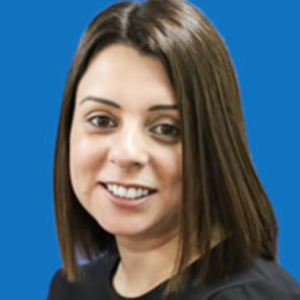 Managing the staff performance development process via its traditional, but rather unwieldy, paper-based records and Excel spreadsheets which needed to be distributed, collected, scanned, and filed was a major challenge. Also, there was a concern about being ‘out of the loop’ regarding best practice in the UK. Leaders began a project to investigate better ways of managing performance development.

“We were aware that we needed to make our performance development process easier to manage. We also wanted to shift the emphasis and take a ‘bottom-up’, rather than a ‘top-down’ approach which would give staff more responsibility for their own development. We wanted an alternative, online system against which we could map individual targets to the school improvement plan and our bespoke professional standards, and connect lesson observation and feedback with those standards.

“We also needed our new system to be bespoke, simple to use and suitable for all staff, not just teachers. Our school Principal, Dr Steffen Sommer, is vice chair of the Council of British International Schools (COBIS) and had come across BlueSky before so was aware of their good international experience which included schools like us in the Middle East,” said the Assistant Headteacher who introduced BlueSky.

Any initial concerns about working with a company outside of Qatar were quickly blown away once they were introduced to our team in the UK – initially via a Skype demonstration. “I trusted what they were telling me and could see instantly that BlueSky was flexible and intuitive to use and offered exactly what we needed,” said their Assistant Headteacher at the time. They could see that there was a significant reduction in administrative workload and this was a huge plus point.

“Their responsiveness has been a huge plus point. Despite the time difference, there have been no issues working with a team based in the UK”.

“Set up was simple, involving just a few emails about log ins and activation. BlueSky’s website, including FAQs and explanatory videos, has been really useful too.

“The BlueSky team uploaded our three-year development plan to our area, allowing staff to directly link their performance development targets to it. Lesson observations are also recorded via BlueSky – again our Doha College observation form has been transferred across.

“The reaction from all staff has been good and I get constant feedback about how simple it is to use. I’ve noticed that BlueSky is encouraging staff to do more around their performance development, for example by being structured so that staff set a ‘smart’ target when objective setting – something which wasn’t happening before. Staff are also being more reflective – BlueSky is genuinely empowering them.

Register for our newsletter to receive the latest BlueSky updates